By the Numbers: Here’s How the Toyota GR Supra Is Even Better for 2021

Supra Siblings – For the 2021 model year, customers have a choice of three high-performance models: the new 2.0 (right), the 3.0 (left) and the limited production A91 Edition (center).

After a two-decade hiatus, the reimagined GR Supra made its triumphant return to Toyota’s vehicle lineup a year ago. But in keeping with the brand’s commitment to continuous improvement, the best can always get even better.

382 – That’s the rated horsepower of the six-cylinder engine, up from 335 horsepower in the GR Supra’s debut model. It’s the heart and soul of the 3.0 and A91 models. How’d they get 14 percent more power out of the same displacement? It took a combination of improvements, most notably a new dual-branch exhaust manifold with six ports instead of two for improved air flow and heat management. 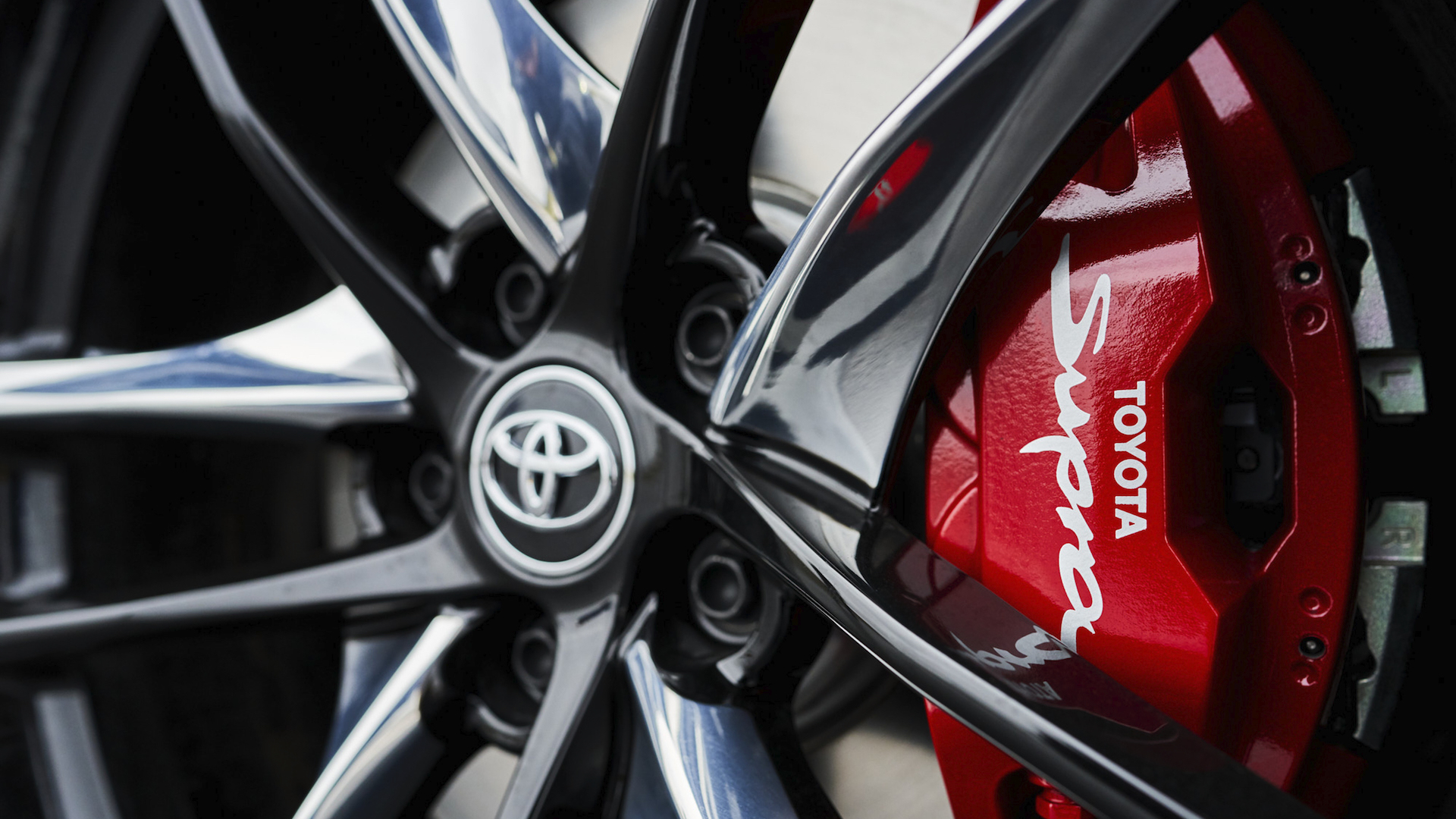 Full Stop – Supra 3.0 Premium and A91 Edition include front Brembo? brake calipers that are painted red and sport the model’s distinctive logo.

3.9 – That’s the number of seconds it takes for the GR Supra 3.0 to accelerate from 0-60 mph, down from 4.1 seconds. But Toyota’s sports car isn’t just quicker, it’s also more responsive thanks to chassis retuning. Among the modifications are lightweight aluminium braces that tie the strut towers to the radiator support for increased lateral rigidity, as well as front and rear bump stops and new damper tuning.

2.0 – That’s the designation of an all-new Supra model powered by a 2.0-liter four-cylinder turbocharged engine. With an output of 255 horsepower and 295 lb-ft of torque and a 0-60 mph time of 5.0 seconds, the 2021 Supra 2.0 will appeal to driving enthusiasts who are looking for a car that slots between the Toyota 86 and Supra 3.0.

3,181 – That's the Supra 2.0’s weight in pounds, which is more than 200 pounds less than the Supra 3.0. To help maintain the car’s exemplary balance, the reductions were spread throughout the car, such as via smaller front brakes and an audio system with four speakers vs. 10 on the Supra 3.0. 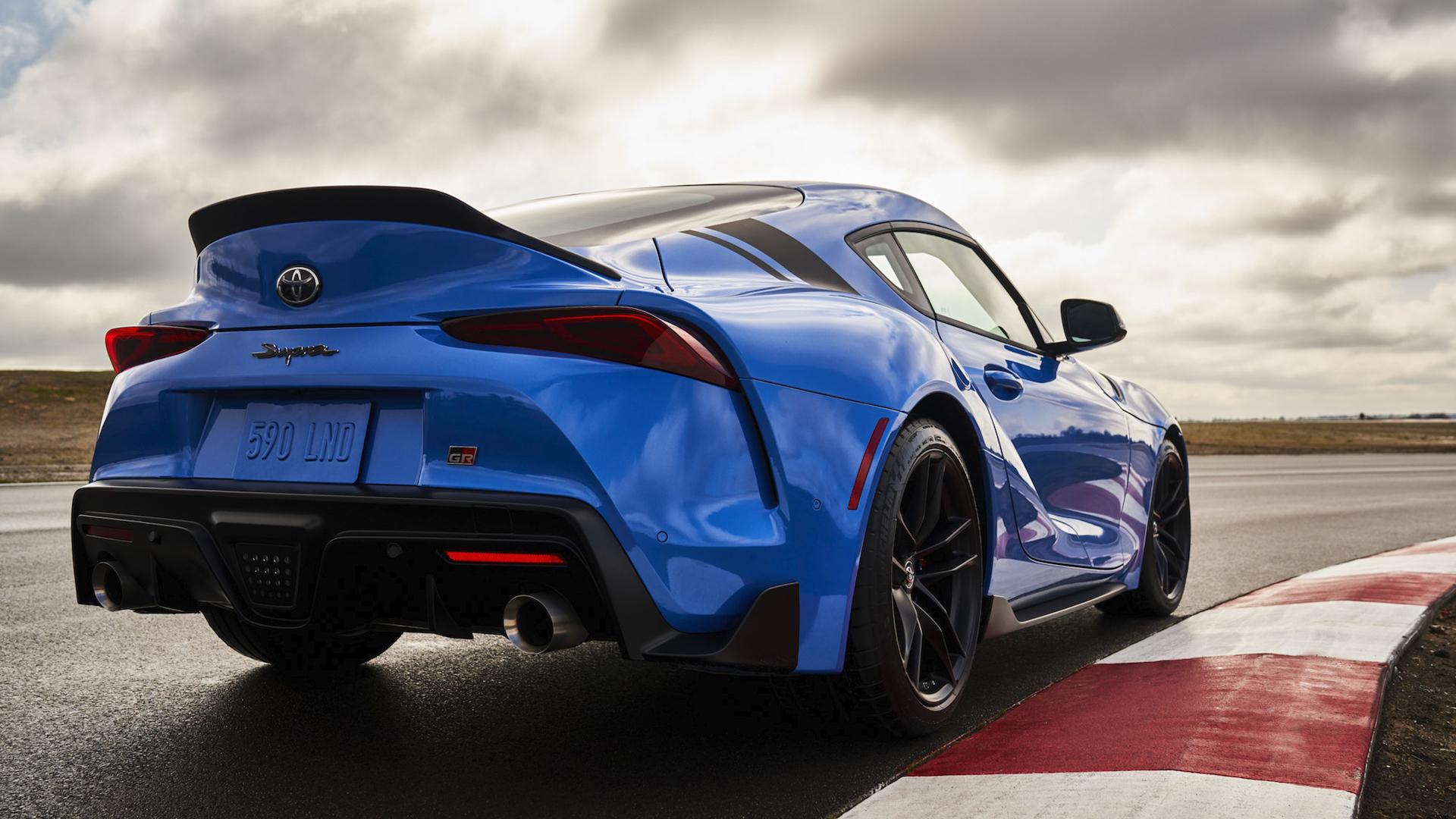 Spoiler Alert – What sets the A91 Edition apart? One prominent clue is its rear black carbon fiber lip spoiler.

1,000 – That’s the number of A91 Edition Supras that Toyota will make this model year. It’s powered by the line’s 3.0-liter inline six-cylinder engine and available in a choice of two colors — Nocturnal and Refraction (exclusive to the A91). Among the other distinctive features are a rear black carbon fiber lip spoiler, matte black wheels, C-pillar graphics and carbon fiber mirror caps.

8.8 – That’s the size of the audio touchscreen that’s now standard on all Supra models, replacing the base model’s 6.5-inch screen.